On the Exit of Mary Watson

January 14, 2017 Writing Comments Off on On the Exit of Mary Watson 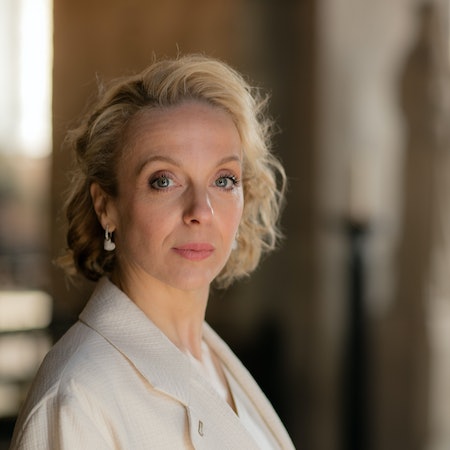 Let us be clear from the outset, I am a fan of Sherlock Holmes, from the original texts penned by Doyle to the “what the h*ll were you thinking” Sherlock Holmes in the 22nd Century (Google it, I dare you) to the modern incarnations of Elementary, Sherlock and, of course Guy Ritchie’s bombastic cinema spectacles. Â So while the originals will always be, to me, the “true” Sherlock Holmes, with all of it’s promise and problems, I do have a very high tolerance for f*cking with the source material. Â But to me, the eventual death (implied in the originals) of Mary Watson was a given. Having Mary in the mix took the edge off, made everything just a little too easy. Â Having guest geniuses is fine, but Mary was written to approach Sherlock in deductive skill and while the riffing between the two characters was delightful, it changed the nature of the show. Â Had this been any other showrunner, I would have expected her to last just long enough to get “fridged”, a single Sherlock-length episode would have been standard, in fact.

But, like most of the women in Sherlock, I feel she went out in a way that was entirely within her own agency. Mary Watson and Irene Adler both prove themselves to be on a par with either Holmes or Watson (and they give Mycroft a bit of trouble as well). They were both dynamic, aggressive women, not given to the satisfaction that comes from serving others, but rather in engagement with themselves and their broaderÂ possibilities.

Mary Watson went out in a way that was suited to theÂ character we had come to know. International assassin, spy, mother, she made a split second choice. A choice that in many instances would have been relegated to a male character. Women get sacrificed, they do not sacrifice in the same way men do so often in film and television. There is a distinction there and an important one. Â So important, in fact, that the writers feel compelled (or perhaps they thought we would all miss it) to have John Watson repeat it out loud to the camera at the reconciliation in the second episode.

Steven Moffat and the stories he is the caretaker of areÂ often said to have problems with female characters. I cannot say I agree with this assessment. Â Can one see the underpinnings of stereotypes in them? Â Sure, but that can be said in equal parts of all the characters in the show, including the titular Sherlock. There are problematic moments, to be sure, Ideas that probably seemed awesome in the writer’s room but then when brought into the light turn out to have a poor intersection point with reality, that trigger something unexpected in the audience. Â His female charactersÂ almost always have agency, they have deeper backstories than you’d think (“You’re not my first smackhead, Sherlock Holmes” will always be a favorite line from now on) and to me that is one of the most important elements. Â I’m far less concerned about whether or not a character isÂ wearing short skirts or is prancing around bare*ss naked than I am about the character themselves and how they fit into the broader picture. Â I’d go so far as to say Moffatt and GatissÂ fairly accurately represent many of the complexities ofÂ *being* female (whether you are born with the requisite hardware or not) right now.